A conversion as a holistic
approach to grow 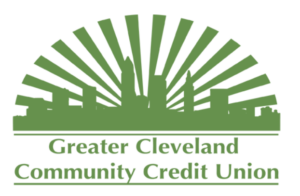 The Greater Community Credit Union, Inc. (GCCCU) was initially established in 1937 as the Civil Service Employees Association Credit Union Inc., primarily serving classified and non-classified employees of the City Cleveland and members of their families. The Credit Union grew over the years and in 2016 changed its name to the Greater Cleveland Community Credit Union, Inc., expanding its membership field to all the residents of Cuyahoga County Ohio.As a “majority minority” credit union, the GCCCU is always exploring new ways to help the Low-to-Moderate income members in the community we serve. A major part of our mission is to help our members build wealth through attractive products and services. During the Covid-19 pandemic, the GCCCU was designated as a loan originator for the Small Business Administration’s Payroll Protection Plan (PPP), and we were recently approved as a Community Development Financial Institution CDFI.

Greater Cleveland Credit Union began thinking about how to enhance their systems and data in order to be a future-proof Credit Union. In particular, the main business need was related to choosing a good foundation through which to sustain the design and the delivery of new solutions for the members.

The scope of the project was to determine how to implement a technology platform that could help the organization embrace new, relevant solutions that would be useful in serving the future needs of their members.From a technical standpoint, this resulted in the willingness to embrace a dynamic system, that could grow as the Credit Union grew: an open-ended set of tools and processes that could sustain the adoption of new digital paths along the way.

This applied, for example, to some crucial processes of the organization, such as the accounting and back-office management. The ability to view and use data from this specific area was not only important for internal monitoring purposes, but was to build on the future growth strategies of the Credit Union and be ready to offer the members outside of the organization digital communication opportunities.

Along with this goal, they needed to modernize and simplify the way tellers managed transactions to ensure a fluid operational management process that included the front end and the back end, all in one solution.

Changing the systems, easily and smoothly

To achieve this, VisiFI worked through the conversion of the previous system with the goal of ensuring a simplified process all along the way, and in a short period of time.

This was even more difficult to manage because of the crash of the previous system prior the conversion: VisiFI’s team was onsite to guarantee the total business continuity during this difficult time, enabling Greater Cleveland Credit Union to complete the conversion despite this unexpected event. Also, the conversion took place over a weekend, achieving the important goal of letting the Credit Union to be up and running on the following Monday.

One of the most important methodological leverages was the collection of all the information assets of Greater Cleveland. VisiFI worked to gather all of this, including the members’ information, in advance. The testing was then performed, to be sure each piece was correctly added into the new system, in the right place. In terms of service level, the change was good: issues, when emerged, where managed and overcome shortly. Training was important, too: the VisiFI team training allowed the Credit Unions’ employees to be quicker in embracing the change and effectively master the new system to achieve a wider goal: managing all the operations in a more effective way. Also, the continued support offered through the E3 digital community area was important: this ensured the Credit Union’s employees had a twenty-four seven resource available.

“The VisiFI team was always there, giving us whatever we needed. A fantastic job and an awesome way of answering our needs for the project. Going early on a conversion is difficult: that was great teamwork,”commented Gloria McClendon, CEO at Greater Cleveland Community Credit Union.

Want to know more? Fill in the form and we will get back to you

VisiFI is a company of